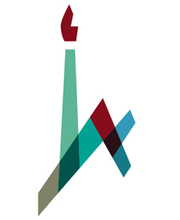 תקציר המחקר: His research interests lie in the field of narratology, the analysis of narrative methods within a literary text.  In this field, he is especially interested in what French critic Gérard Genette calls paralepsis, a phenomenon in which a focal character (often also the narrator) gives the reader more information than is strictly available to himself.  He has conducted a close textual analysis of Fyodor Dostoevsky's The Devils, sketching out the novel's enigmatic narrator, defending Dostoevsky's intention to create such a convoluted storyteller, and suggesting that only faith in the narrator will allow the reader access to the novel's full meaning.  His future research plans include a close study of Albert Camus's The Plague, in which the narrator is literarily related to the narrator of The Devils, and who in his own enigmatic way reveals himself to the reader only at the end of the novel.  The third author on which he plans to focus is Isaac Bashevis Singer, particularly his short novel The Penitent (Baal Tshuva) written in a triple-first-person narrative.