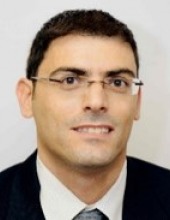 תקציר המחקר: My research is aimed to present material culture (basically pottery types) of Iron Age IIa early, (United Monarchy), contemporary with Kings Saul and David. Based on the results of excavations at Kh. Qeiyafa in 2007-2010, I will compare pottery types with other sites to find out its implication for understanding the early United Monarchy period.

נושא המחקר: Self-Deception, Belief and the Nature of Cognitive Commitment

תקציר המחקר: An accepted yet undefended assumption in the philosophy of psychology is that believing in something is the same as holding it to be true. This assumption seems to rest on logical as well as psychological grounds. The first seems to require truth as requisite to belief from a conceptual point of view. The latter assumes that people cannot believe something while not committing themselves to its truth. Although widely accepted, the psychological and empirical truth of this fundamental assumption hasn’t been defended. More importantly, the nature of our commitment to truth – what a commitment to truth actually means and entails – has suffered from serious neglect and hasn’t been thoroughly explored.

In recent work in epistemology it has been argued that holding a belief is equivalent to believing its contents to be true and that a belief can said to be true by virtue of the subject’s grounds for it (Audi 1998). The two conceptions establish a connection between the subject’s grounds for belief and the truth of his beliefs. Another way of saying this is that the truth of a person’s beliefs is said to relate directly to the grounds he has for holding them, hence the weight of justification within the epistemological chain.

This relation becomes very clear when observing self-deception at work. States of self-deception show us how people acquire and maintain beliefs in the face of strong evidence to the contrary. In such cases, beliefs are held owing to strong motivation by desires or emotions. These serve as grounds for belief and as forces driving the evasion and neglect of evidence to the contrary of what the beliefs are of. Presented in this way, self-deceptive states can be seen as tying the truth of beliefs with the motivations for holding them. And as such the notion of ground can be understood as entailing more than just evidence as a means for justification. Since motivational components are responsible for selecting what to recognize and accept as evidence they too serve as grounds for belief.

Yet traditionally motivations have been thought of as private and personal incentives directing people towards actions whose outcome is of benefit to them. Understood in this way, motivations and incentives are thought to compromise the authority and objectivity that truth judgments are supposed to ensure. And given how common self-deception actually is we’d expect such flawed objectivity and erroneous judgment to manifest themselves in all kinds of errors and misjudgments that we commonly perform so as to abolish our ability for basic functional activity. Yet it seems that on the whole our judgments are correct and that very few actions do actually lead to catastrophe. Hence, although confusing on an epistemological and psychological level, self-deception seems to somehow lead us to act intelligently and reliably, albeit its prima facie obscure nature. This study’s aim is to suggest an account of the nature of cognition which allows for such intelligent behavior in light of its prima facie obscurity.

Such an account of cognition as outlined below will inquire into the nature of psychological commitment to belief and adherence to truth. As a state, self-deception entertains opposing or contrary beliefs while the psychological subject experiencing these is able to maintain cognitive clarity, basic practical functionality and overall cognitive health. Needless to say and as I will demonstrate, self-deception is very common and we aren’t all mad, so there must be something about our commitment to what we know or what we believe that can tell us something not only about self-deception but about beliefs in general and the nature of our commitment to them. Furthermore, in addressing the issue of holding opposing beliefs we will also need to understand the self that hosts these and we’ll need to understand how it does this and what epistemological implications this may have.